New testimony has come to light revealing that Hillary was on death’s door during the 2016 election for U.S. president.

As it turns out, during the 2016 Presidential Campaign Hillary Clinton was being carted all over the place in a wheelchair and the woman couldn’t even walk a city block. She also had a “med bag” with her at all times. 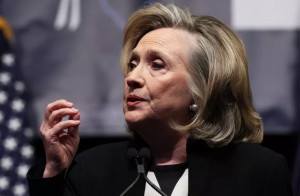 Several Drudge Report reporters had written about how Hillary was so exhausted from her campaign for U.S. president that she was taking weekends off. The particular article where this was shared caught fire and was the top story for the Drudge Report on August 15, 2016.

There were also plenty of reports that an individual who was always close to Hillary was being referred to as “Hillary’s handler” and this same individual became well-known for carrying a diazepam pen used to control seizures. However, after several alternative news sites identified this individual, he disappeared for a while with no explanation given as to why.

Evidently, the health of the former New York Senator, Secretary of State, and First Lady was so bad that she literally had to be lifted into her vehicle, called the Scooby Van, after leaving the 2016 9-11 ceremony in New York. According to witnesses, she appeared to drop and then was thrown into this van like she was nothing more than a meat slab. Well, she was their cash cow, so what can I say?

However, it didn’t matter because the media covered all day long for Hillary. They continually discounted any allegations that she had poor health, and to this day they continue to do that, even having her featured in the October 2020 edition of Women’s Health magazine. The mainstream media covered for Hillary so much in 2016 that they accused those who reported her poor health as doing nothing more than spouting “fake news.” 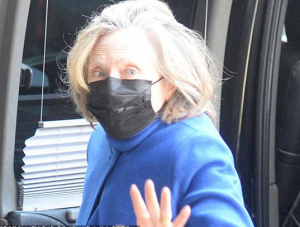 IN 2016, Ann was working at the hotel where Hillary was staying before the 2016 Presidential debate in St. Louis. Ann shared a first-hand account regarding Hillary and her health in particular that had never been reported until now. Ann’s first-hand account is very interesting indeed.

First of all, Ann recounted how the Scooby Van always needed to be curb height simply because Hillary couldn’t step up or step down very well. Additionally, Ann recalls that there was an incident where the motorcade actually stopped completely because Hillary didn’t want anyone to see her in her wheelchair.
Hillary’s debate practice was a whole block away, but Ann heard the Secret Service arguing that she wasn’t going to be able to make the walk.

Finally, Ann even heard a Secret Service member berating a junior officer due to the fact that he didn’t have the medical bag ready for her to use.

But even though Hillary was on death’s door, maybe she’s doing better now that she is retired, where she belongs.