Where are they taking Alec Baldwin to? Well, now that this saga is heating up, it looks like he is going to court!

They are also taking Alec Baldwin to the woodshed because evidently, his chickens have now come home to roost. That’s right. It looks like Baldwin is now being sued by Halyna Hutchins’ family for wrongful death after the 42-year-old cinematographer was fatally shot on the set of the movie “Rust.”

Baldwin not only shot this cinematographer, but he also injured 48-year-old Joel Souza on this movie set, which was located in Santa Fe, New Mexico. 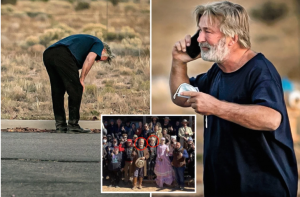 Hutchins’ family is now saying that Alec Baldwin never checked the gun before he started using it.

TMZ is now reporting that Alec Baldwin is now going to be a defendant in a wrongful death lawsuit that was filed by the Halyna Hutchins family. 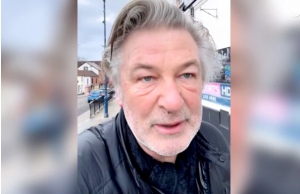 Lawyers for the suit are listing what they say as lapses in the safety on the “Rust” set, and they are claiming that this led to the cinematographer’s untimely death.

The alleged lapses include such things as live ammo on the movie set and other shortcomings such as the entire film crew failing to treat the gun as it was loaded.

Why are they taking Alec Baldwin to court then? Part of the reason is that the suit is also claiming that he was only four feet away from the members of the crew and reached across his body, using his right hand to grab the revolver that had been holstered on his left hip. He proceeded to draw the revolver with a cross-draw movement, aiming it directly at Hutchins and then drawing back the hammer.

The suit claims, “He released the revolver’s hammer, and — BAM — defendant Baldwin fired the revolver.” Baldwin said in an interview he did not pull the trigger, but at a news conference Tuesday the Hutchins’ lawyer said “I think it’s clear what happened. Alec had the gun in his hand, he shot it — Halyna was killed. The gun cannot fire unless the trigger is engaged and the hammer is back.”

Although it took him a month, Alec Baldwin finally relinquished his iPhone to authorities after they had issued a search warrant for it.