There used to be an attitude of doing things where if you could not get the government to do something than you would have to do it yourself.

This is a minor example in comparison to the illegal alien problem, but in the town I grew up in there was a street that was almost as much pothole as it was street.

The local residents kept requesting that they fill the potholes but nothing was ever done about it. Until there was a resident who was able to somehow fill all the potholes himself and then sent the city a bill. Oddly enough, the city paid him. We need that kind of attitude when it comes to protecting the border.

Now the ACLU is looking to investigate these armed civilian militia groups who are using their second amendment right to terrorize migrants at the border.

The United Constitutional Patriots, an armed group of civilians, took their weapons and held more than 300 migrants hostage at gunpoint after they caught them illegally crossing the southern border into the United States. The armed militia detained these people in the Sunland Park area of the state. 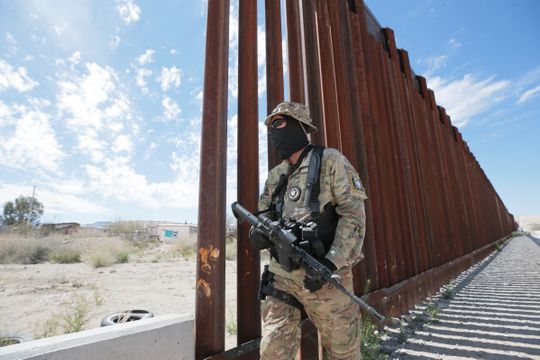 The group claims to “uphold and defend the Constitution of the United States of America” although they have been caught illegally holding people prisoners against their will. They were caught stalking the southern border in Sunland Park, New Mexico on a search for migrants.

The group live-streamed their interaction with the migrants on April 16. It was shared on Facebook by a member of the United Constitutional Patriots and showed the armed American citizens using their weapons to detain the families and children trying to cross the border into the United States. The video starts as the armed militia group is already joined by the United States Border Patrol vehicle and agents at the scene.

One of the members of the militia group says: “This is an invasion and it’s never, never-ending.” He is referring to the several hundred migrants who have to cross the border to get into the United States to seek asylum from bad conditions in Central America. 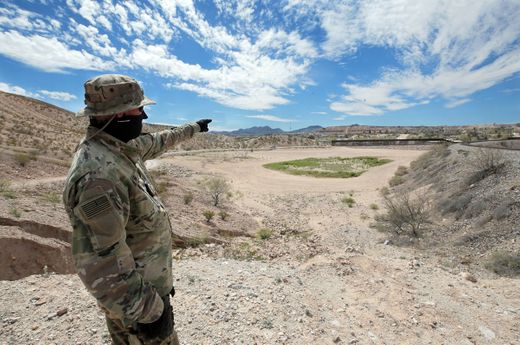 Although the militia group claims that they’re not violating any laws, many people disagree with that claim. That’s why the American Civil Liberties Union, a group that has been defending the constitution for decades, has called the militia group’s actions “unlawful” and wants there to be a criminal investigation.

The New Mexico ACLU wrote a letter to the Governor of New Mexico Michelle Lujan Grisham and the New Mexico Attorney General Hector Balderas requesting they “investigate an armed vigilante group currently engaged in the unlawful detention of hundreds of migrants near New Mexico’s southern border.”

The letter continues: “An armed fascist militia organization describing itself as the United Constitutional Patriots arrested nearly three hundred people seeking safety in the United States, including young children, near Sunland Park, New Mexico. Other videos appear to show arrests in the past few hours. The vigilante members of the organization, including Jim Benvie, who posted videos and photographs of the unlawful arrests to social media, are not police or law enforcement and they have no authority under New Mexico or federal law to detain or arrest migrants in the United States.”