Former Secretary of State John Kerry, affectionately known as “Lurch,” walked into a booby trap in Iowa Sunday. Appearing on the CBS program “Face the Nation,” to help Joe Biden score a few brownie points with the voters, he was caught totally by surprise.

Before he realized it, he ended up admitting he knew the money would go to terrorists and didn’t care.

Host Margaret Brennan set it up by mentioning a tweet put out by President Donald Trump. “The president’s going on the attack on that deal this morning, specifically mentioning you.”

President Trump tweeted, “John Kerry got caught essentially admitting that funds given ridiculously to Iran were used to fund attacks on the USA. Only a complete fool would have given that 150 Billion Dollars Plus to Iran. They then went on a Middle East Rampage!”

John Kerry got caught essentially admitting that funds given ridiculously to Iran were used to fund attacks on the USA. Only a complete fool would have given that 150 Billion Dollars Plus to Iran. They then went on a Middle East Rampage! @foxandfriends @PeteHegseth

Before Brennan got into the specifics, she wanted to play a 2016 clip of Kerry, to refresh his recollection.

CNBC had asked Kerry “how Iran would spend the money.” Kerry replied “I think that some of it will end up in the hands of the IRGC or of other entities, some of which are labeled terrorist. You know, to some degree I’m- I’m not going to sit here and tell you that every component of that can be prevented. But I can tell you this, right now, we are not seeing the early delivery of funds going to that kind of endeavor at this point in time. I’m sure at some point some of it will.” It did.

Brennan then warned Kerry not to try to get shifty on her because she remembered grilling him about it back then. “I remember talking to you at the time, money is fungible.”

Kerry remembered. “Sure, he replied.” Fungible means interchangeable. A dollar can buy an orange or a bullet just as easily.

He couldn’t defend his position so he attacked the president instead. “The president’s tweet is a lie,” he dismissed. It was intentionally meant to be a trap. “The president tweeted this morning,” Kerry protested, because “he knew you’d ask me the question.” He knew the media would be all over it and decided on some quick damage control. “I think, I need to call a lie a lie.” He can, but he’s lying.

He insists Iran “didn’t get 150 billion dollars.” Well, they did but not all at once and not all directly.

“I was saying clearly some money from the budget of Iran is going to go to the IRGC [Islamic Revolutionary Guard Corps] It always has. That’s no surprise.”

“But the truth is and President Trump, well, he probably doesn’t know this, but the fact is his own defense intelligence agency in 2017 testified to the Congress that very, very little money actually went to the IRGC at all. Most of the money went to the economy of Iran, which is precisely what I said and what we all said.” 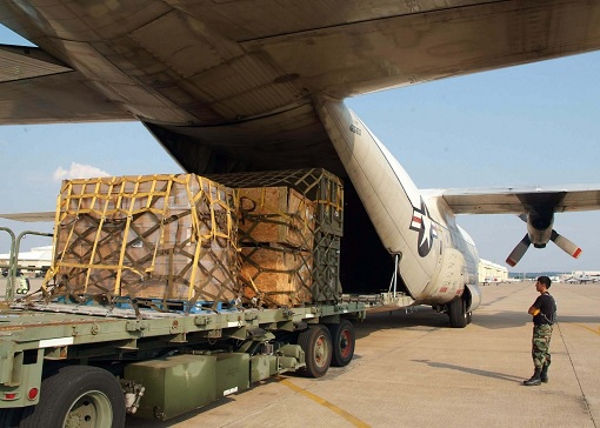 Kerry then shot himself in the foot and admitted that laundering the money through the government treasury was just as effective as writing a check to Hezbollah. “So, the IRGC has never had a problem getting money.”

There were the pallets of cash that added up to $1.8 billion but the bulk of the money was unfrozen assets that Iran gained access to as part of signing the nuclear deal.

Obama and Kerry worked hard digging it all up and making it available, but it wasn’t actually U.S. money that would be going to the Iranian Treasury. No matter where it came from, it was used to fund mercenary groups and terror cells.

Barack Obama, through Kerry, virtually guaranteed the Ayatollah that the sanctions would disappear completely. “The Iranian government views the nuclear agreement as entailing a promise of no new sanctions,” the Washington Post reported in December of 2016.

Congress wasn’t about to let Kerry cook up a one-sided appeasement package with Iran in the back room, so they built in a safeguard. The Senate voted unanimously to keep sanctions in place but on hold, ready to “snap back” at any time.

Senators on both sides of the aisle were still fuming after they found out that Obama went behind their back, to arrange for $1.7 billion in cash to be loaded onto pallets, then delivered straight to Tehran.” Suddenly, that turned them into what American Thinker called, “the banker’s choice for terrorists.”

Obama and Kerry hid the cash payments from Congress because they knew lawmakers had “voiced concern that Iran’s military units, particularly the elite Islamic Revolutionary Guard Corps, would use the cash to finance military allies in the Middle East, including the Assad regime in Syria, Houthi militias in Yemen, and the Lebanese militia, Hezbollah,” the Wall Street Journal reported in September of 2016.

Looking back from the present, now we know that is exactly what they did.

Obama was furious at the time, and refused to sign off on the sanctions bill. “Sanctions against Iran were officially extended for another decade Thursday, even though President Obama did not sign the legislation, a symbolic move intended to show the White House’s disapproval of the bill.”

Because even his fellow democrats appeared to be against him by then, the sanctions passed the Senate 100-0. The Washington Post spelled it out that Obama didn’t want to offend his pals. “The White House, by not signing the bill, is trying to alleviate Iran’s concerns.” It didn’t need Obama’s approval, it was veto proof.

Lurch was quick to reassure Tehran that the nuclear deal was “still a top strategic objective,” even though the United States “could snap sanctions back into place” if Iran were to violate the deal. That phrase will likely haunt Kerry forever.

Iranians were rioting in the streets back in early August of 2018, when President Trump signed the order allowing sanctions to resume.

Night after night, outraged citizens took to the streets in several Iranian cities “as corruption, mismanagement, and external financial restrictions began to take their toll,” Jerusalem Post reported. Many protesters were killed.