Intense gun Battles erupted between the cartel and the Mexican army in the city of Culiacan in Mexico after the arrest of El Chapo’s son!

update: More footage is becoming available this one courtesy of Funker530

Sinaloa public safety director Cristóbal Castañeda said there were wounded throughout the city, but couldn’t provide even an estimated figure.

FoxNews later reported that he was released in order to restore the peace and end the violence.

At least 8 people were killed and more than 20 wounded when militarized police and National Guard members patrolling the northern city of Culiacan – the capital of Mexico’s Sinaloa state – were engaged by heavily armed gunmen on Thursday night. Guzman was briefly detained, but his heavily armed supporters surrounded the house, sparking an hours-long gun battle between police and cartel members. 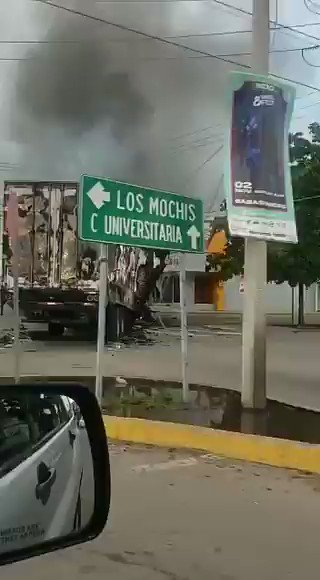 328 people are talking about this

Culiacan exploded in violence, with civilians in trucks roaring through the city’s center, shooting what appeared to be .50-caliber sniper rifles and machine guns.