When a man returned home to find one of his relatives raping his girlfriend, he immediately sprang into action and dealt the pervert a beating he won’t soon forget.

The attacker, William Mattson, claims the encounter was consensual, but it appears that authorities don’t believe his story, because they are not charging the man who beat him to a bloody pulp.

According to Right Wing News:

Mattson stated that “the victim was naked under her blanket, and he was fully clothed” during the incident. Mattson also stated that he and the victim were hugging and kissing, nothing more, when the boyfriend came and started hitting him.

“The detectives had spoken to the victim and had instructed me the victim states the encounter was not consensual,” an investigator stated.

The boyfriend will not be charged with anything because he was acting “in defense of the victim.”

After being shown the true meaning of “karma” by his victim’s boyfriend, Mattson was barely recognizable. Take a look: 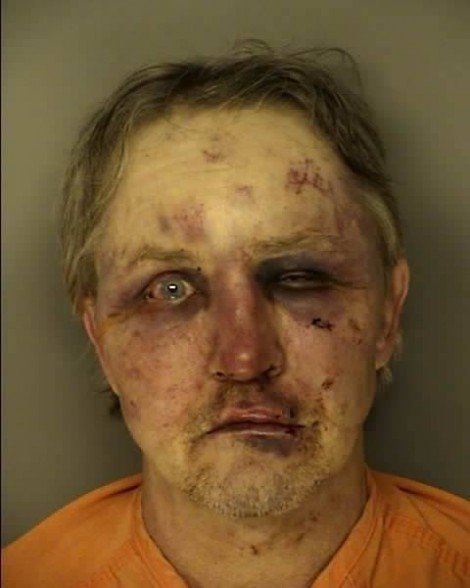 Share this report if you think this disgusting piece of scum got exactly what he had coming to him!