A foster mother has been arrested after brutally beating the child she adopted.

The 50-year-old had adopted the boy after when he was six after was given up by her cousin, who thought she was sending her child to a better life away from the deprived rural area in which they lived. Instead, the young boy was subjected to shocking abuse by his newly adoptive parents who worked as a journalist and attorney.

According to the Daily Mail, the abuse was first discovered by teachers at the boy’s school but it was assumed to be a one-off case and nothing was done about it.

Shocking photographs show the child’s body covered in scars and injuries. Cuts could be see on his ear where he was hit with a metal rod and bruising on his legs and hands where he had been smacked with a water pipe and scars all over his back. 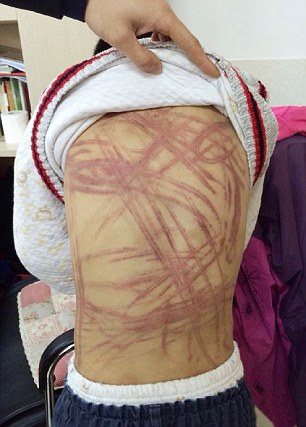 The nine-year-old boy was whipped with a skipping rope by his adoptive mother, leaving scars over his body. 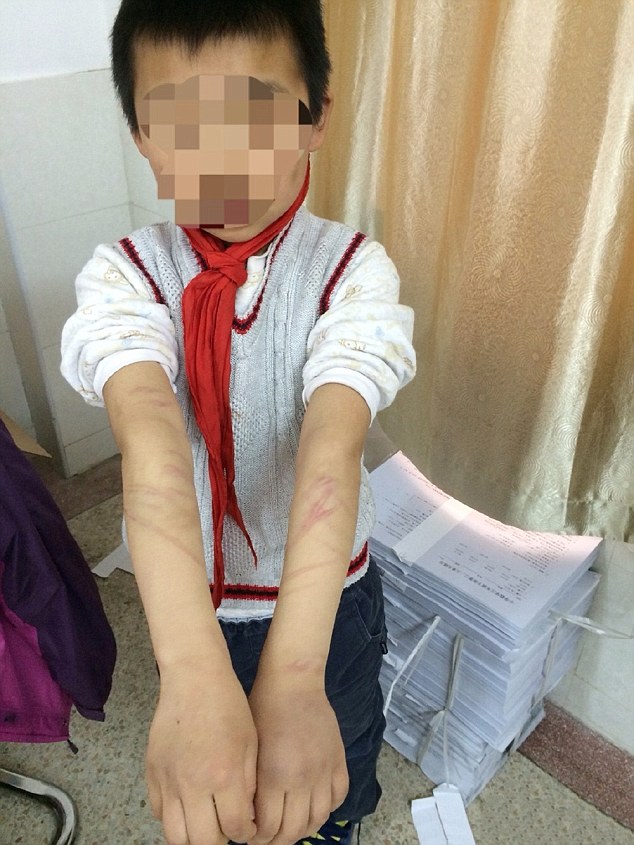 Photographs of the boy’s horrific injuries were shared online as his adoptive mother was arrested for abuse. 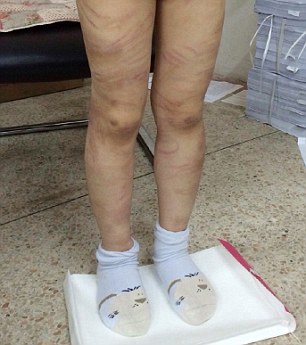 The 50-year-old woman told the boy’s school she was ‘strict’ with him and was trying to correct his bad habits. 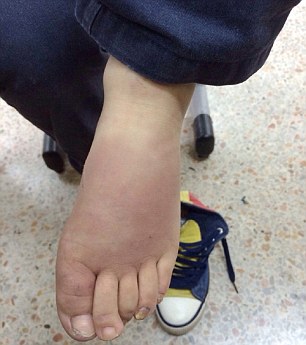 He told teachers of how his parents had been burning him with water vapor.

When his teacher noticed his injuries were getting worse and the boy was becoming withdrawn and afraid of people, authorities at the school questioned him more. He told teachers of how his parents were beating him with water pipes and branches, and burning him with water vapor.

He told them his adoptive mother had carried out the beatings when he didn’t know the answers to questions about the children’s book Pinocchio, which she had asked him to study as extra-curriculum homework.

The school contacted the woman, who admitted she was ‘strict’ with him and said she was only trying to correct his bad habits, and they contacted the Nanjing Public Security Bureau. The foster mother was arrested and charged with “willful and malicious injury”.

The boy was placed with his biological parents temporarily.