A Citibank business manager has been jailed for 15 months for trying to meet a 14-year-old girl for sex. Balachandran Kavungalparambath traveled over 100 miles to meet a 14-year-old girl in Birmingham. In the correspondence leading up to the meeting, the banker told the girl ‘the first time is always painful.’ However, when the man attempted to meet up he was instead greeted by the Internet Interceptors group, who had been posing as the underage girl and live streamed the confrontation for more than 130,000 viewers on Facebook.

Despite sending the decoy explicit messages, the married father-of-one said he only wanted to have lunch with the girl until hunters read his Whatsapp conversations aloud. He also claimed ‘she told me that she was 18’ before admitting he was told the girl was 14.

‘She told me…whoever the person was that spoke to me spoke to me that she had a desire and she wanted to have sex, but that was not my intention and I had chatted with her,’ he said. 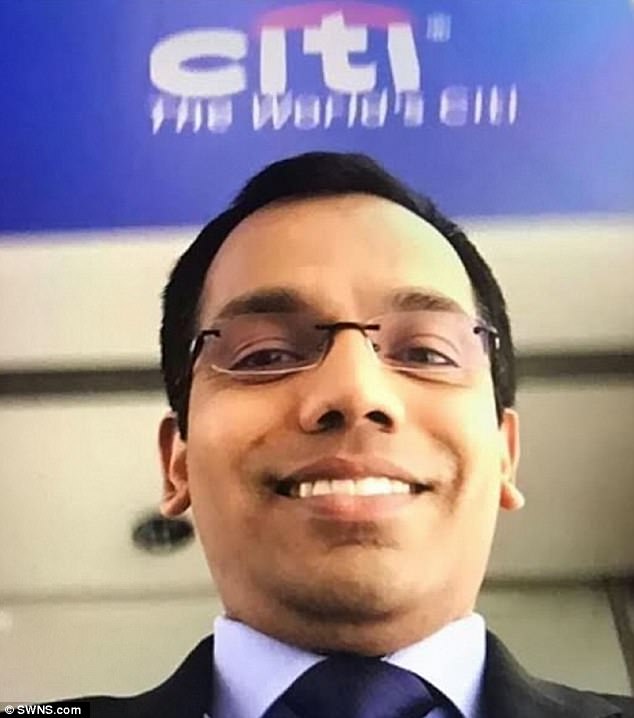 ‘I was supposed to have a chat with her, it was not with the intention of getting her into a bed and having sex with her.

‘That was not my intention.’

An Internet Interceptors member then starts quoting Kavungalparambath, who said he wanted to penetrate the girl in messages.

The banker, who worked in Canary Wharf, east London, then admits: ‘I meant to have sex with her.’ Kavungalparambath places condoms and perfume onto a table when ordered to empty his rucksack.

He was jailed for 15 months at Birmingham Crown Court on Monday after admitting to attempting to arrange or facilitate the commission of child sex abuse. He was also placed on the sex offender register for 10 years and given a 10-year sexual harm prevention order. 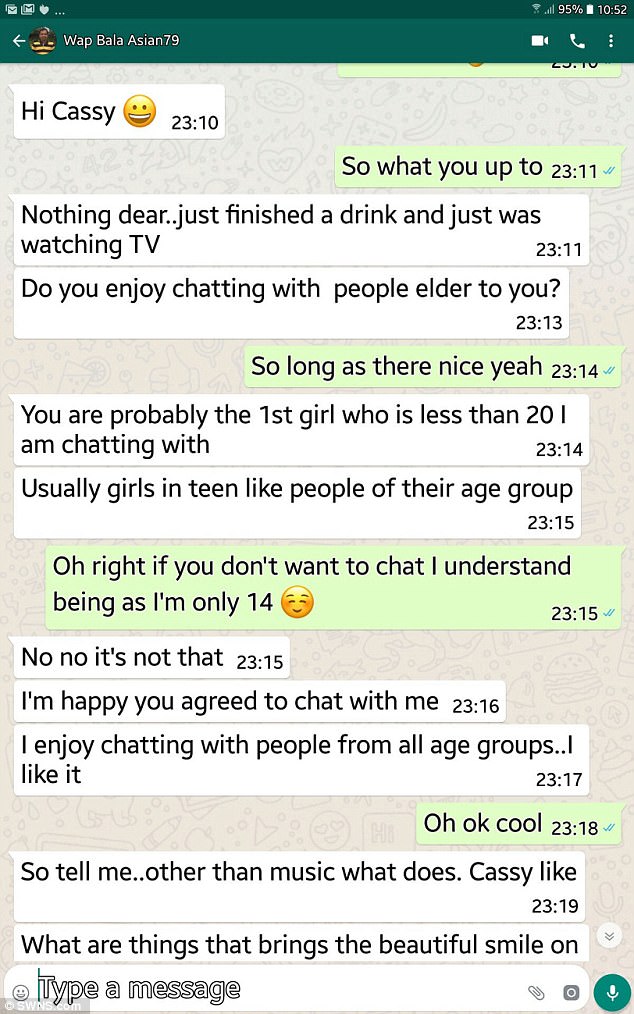 The footage, which is more than an hour in length, started with the Kavungalparambath, of Blackwall, east London, being cornered by three pedophile hunters.

They lead him into his Birmingham hotel room, where he puts his head in his hands as the captors explain that the girl he was talking to did not exist. He is confronted with messages he sent telling the ‘teenager’ he wants to ‘kiss you and lick you madly and want you to get excited’.

Arranging a meeting he admits ‘would end with us making love’, he says ‘I want to see those beautiful eyes’ before adding ‘making you pregnant is not my intention’.

He also says: ‘We will take a shower at the hotel in the morning..we will shower together. Would you be shy?’ 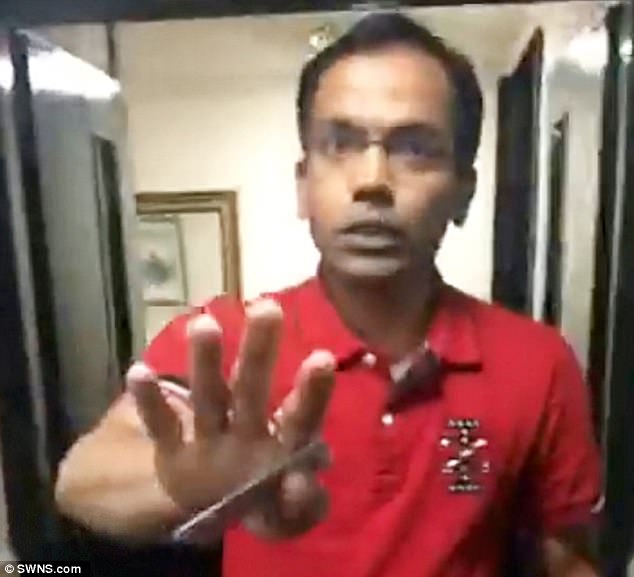 When the decoy refuses to talk on the phone because she doesn’t want to be caught by her ‘mother’, he complains that she is ‘very strict’. The banker, who was earning £54,000 a year, fights back tears and says: ‘I have heard about this. I heard about these groups.’

After constantly repeating ‘Jesus Christ’, and ‘please’, he accepts his guilt and says he will lose his job, which he says is not ‘high profile’.

‘It’s not right. I accept my mistake,’ he said.

‘I will have to leave the country. I am from India.

‘I lose my job, I have to leave the country.’ 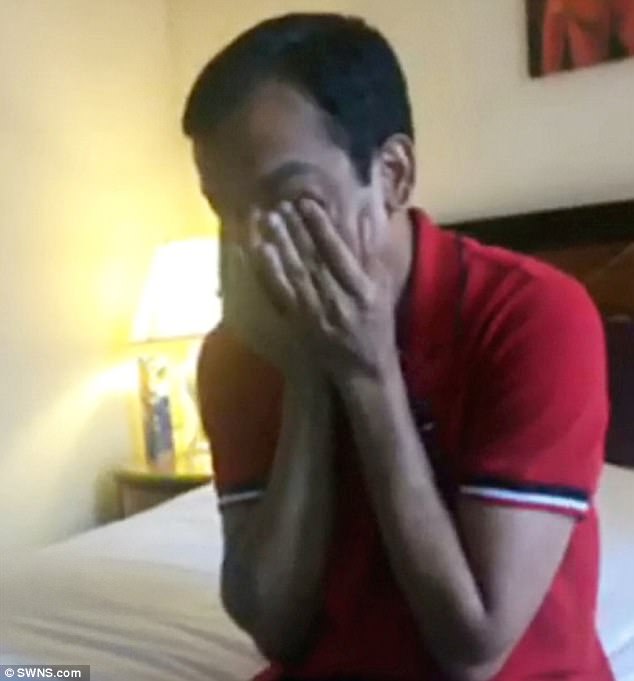 A female hunter responds: ‘There are young guys queuing up to get into Canary Wharf with jobs. Queuing up.

‘You traveled all the way up from London to Birmingham today to spend the day in a hotel room with what you believed to be a 14-year-old child, to have sexual intercourse with her.’

A spokesperson for Citibank said: ‘This individual is not a Citi employee any longer. The offenses are abhorrent.’