On Sunday night, October 1st, someone opened fire on the 22,000 people who had attended the Route 91 Harvest Festival. They fired several hundred rounds from fully automatic weapons leaving 59 dead and more than 500 injured. And Frankly, that is all we definitely know about what happened. 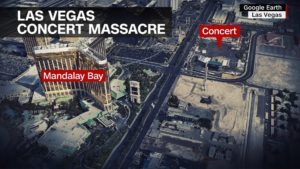 The Las Vegas Metropolitan Police Department has said that the shooter acted alone, and has identified him has Stephen Paddock, 64, of Mesquite, Nevada. Officials say that as they closed in on his snipers nest, Mr. Paddock took his own life and thus far they have found no evidence of any other accomplices. Unfortunately that in itself opens all kinds of questions.

Here is what police have released about the attack:

What we don’t yet know:

These are just some of the questions that law enforcement is currently attempting to answer even as everyone on social media is speculating on the answers. Remember it took weeks before we knew the real answers to the San Bernardo shootings, and it is likely to take just as long to answer these questions.