A mother was horrified to witness her son eating the face of her maid.

Aphiwe Mapekula, 23,  was caught in the act by the responding officers eating the corpse of a woman, then he was shot in the arm, leg, and stomach outside his home in Mount Frere in South Africa. 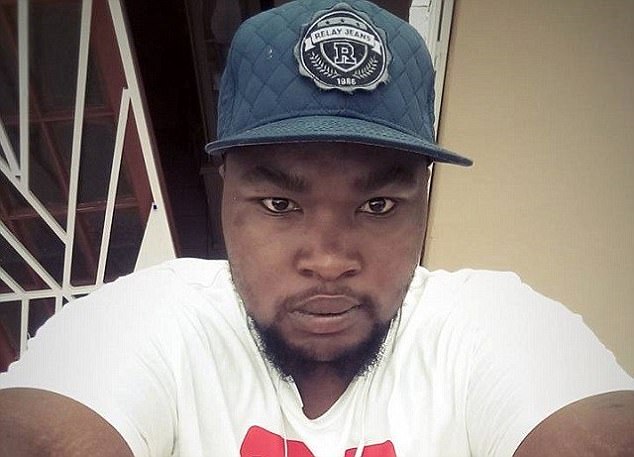 Aphiwe Mapekula, 23, collapsed in a hail of bullets with arm, leg and stomach injuries when police officers tried to arrest him at his home

According to reports, it is the latest incident involving cannibalism in the Eastern Cape, after four men were charged with raping, killing and “consuming” parts of a woman near Durban last month.

The incident happened when their family maid, Thembisa Masumpa, 35-year-old, was doing work in the backyard of the Mount Frere home when Mapekula grabbed her and dragged her to his home, where he slit her throat and cut her head off.

Several warning shots were fired at the suspect; however, it doesn’t stop him to cannibalize their maid. The suspect ignores the warning shots and even attempt to attack at the officers with a knife that trigger the police to open fire, fearing for their lives 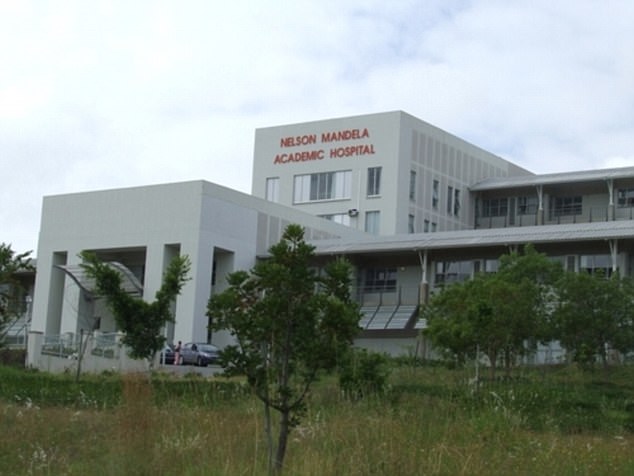 Mapekula was under police guard when he died at Nelson Mandela Hospital, Mthatha

Mapekula was rushed to a hospital with injuries to his abdomen, arms, and legs. He later died from his injuries.

Mapekula’s mother, who was horrified by what she witnessed, said that she did not raise her son like this.

Local mayor Bulelwa Mabengu said he believed “drug and substance abuse” was involved. Neibours described Mapekula as an introvert who dropped out of university after struggling with drug addiction.

A spokesman for the local health department, Sizwe Kupelo, told HeraldLive: “He was admitted on Saturday after he was transferred from Madzikane KaZulu Hospital in KwaBhaca with gunshot wounds and needed emergency surgery. He unfortunately died in the early hours of this morning at about 4.35am”.